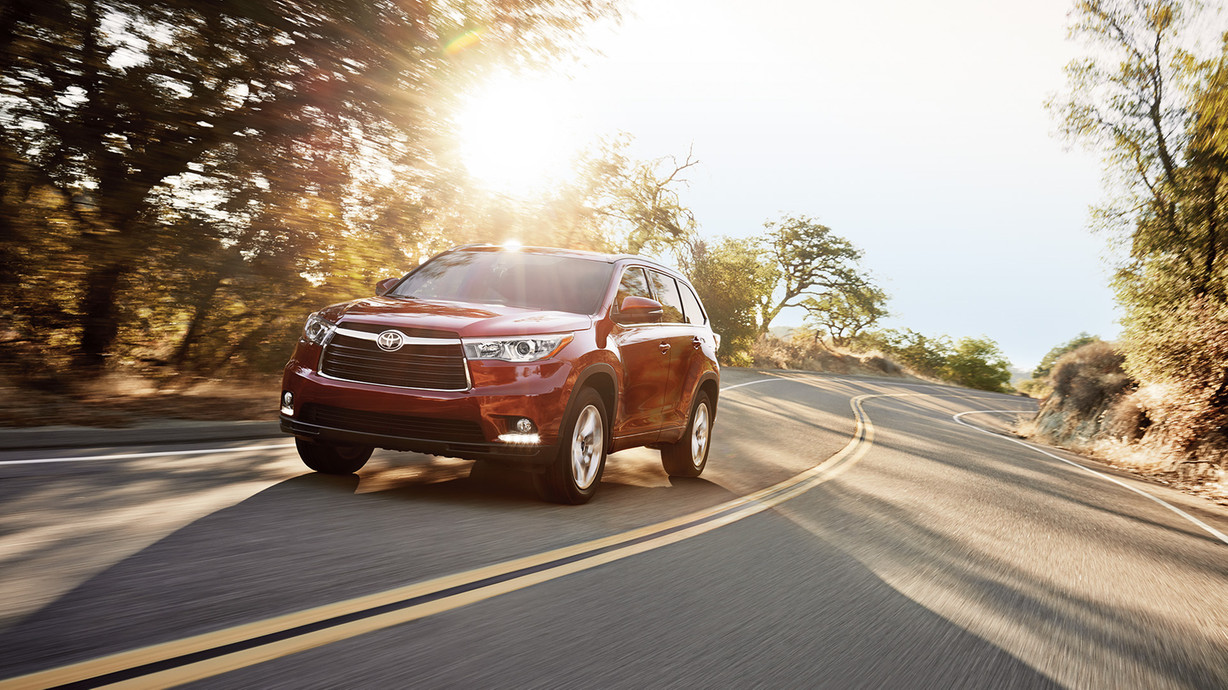 The 2016 Toyota Highlander gains heated seats on the LE Plus trim level and a standard towing package on all V6 models.

It's no secret the Toyota Highlander has grown in stature over the years. The increase in size has been an overwhelming positive, allowing Toyota's popular three-row midsize crossover SUV to serve drivers and families like a full-size crossover SUV would, but without the penalty at the pump so often felt with larger SUVs. To ensure it retains its competitive edge, the Highlander is fashioned with a bold exterior, a spacious cabin that seats up to eight passengers, and miserly fuel economy.

But that's not all. As it turns out, the Toyota Highlander is even better for 2016, thanks to a new standard towing package that makes all V6 models capable of towing up to 5,000 pounds.

The 2016 Toyota Highlander is available with two different powertrains. First up is the standard LE models 2.7-liter four-cylinder, which creates 185 horsepower and 184 pound-feet of torque. Power is routed to the front wheels via a six-speed automatic, earning it an EPA-estimated 22 mpg combined (20 city/25 highway).*

While the 2.7-liter is more than capable, the true gem of the lineup, however, is the 3.5-liter V6, which is optional on the LE model and standard on all other trims (more on trims later). It generates a prodigious 270 horsepower and 248 pound-feet of torque. Once again you’ll find a six-speed automatic transmission, with the option of either front- or all-wheel drive. 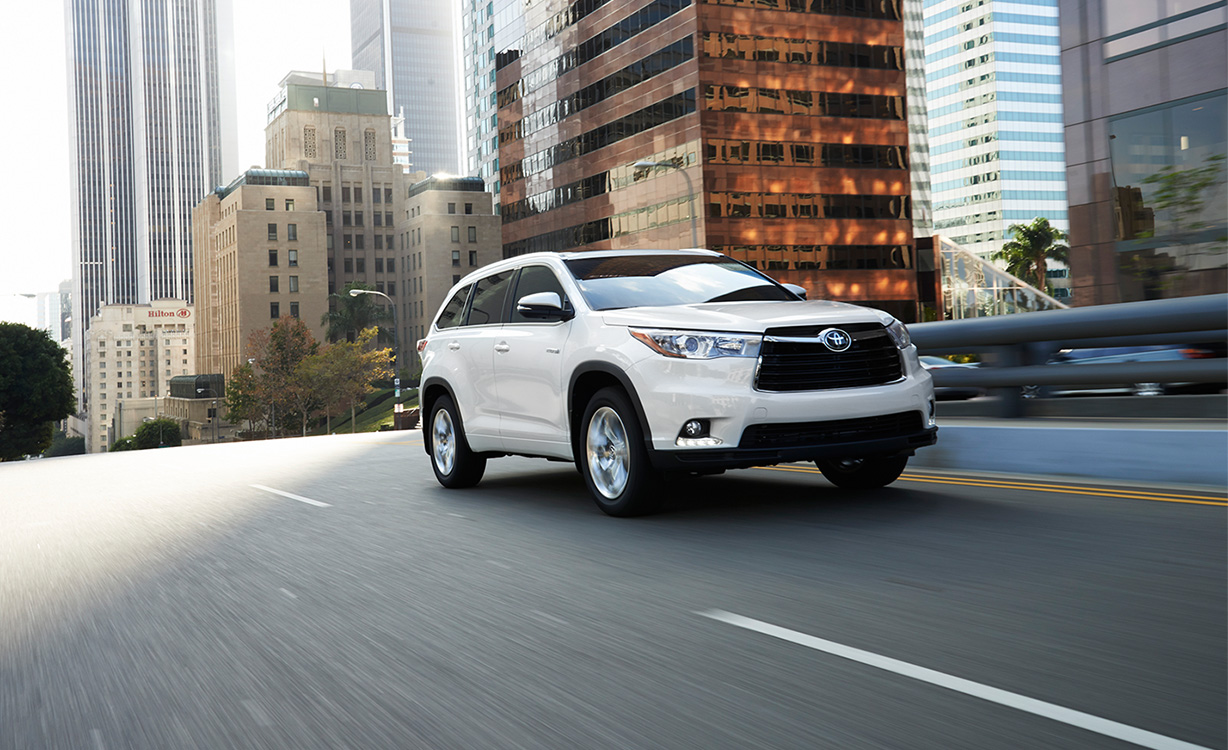 This particular configuration earns the Highlander an EPA-estimated 21 mpg combined (19 city/25 highway) with FWD,* while AWD versions earn drops to 20 mpg combined (18 city/24 highway).* As you can see, the power gains with the V6 more than make up for the slight dip in fuel economy.

Part of what makes the Highlander such a perennial winner is its impressive towing capability. Four-cylinder models can tow up to 1,500 pounds, while all V6-equipped model can tow up to 5,000 pounds.

Starting at $29,990** and offered in LE, LE Plus, XLE, Limited. A Hybrid model is also avialable (reviewed separately).

The standard LE comes generously equipped with 18-inch alloy wheels, automatic headlights and rear spoiler. Other standard features include cruise control, a rearview camera that is perfect for backing out of driveways or crowded parking spots, and a nifty sliding-and-reclining 60/40-split second row seat. 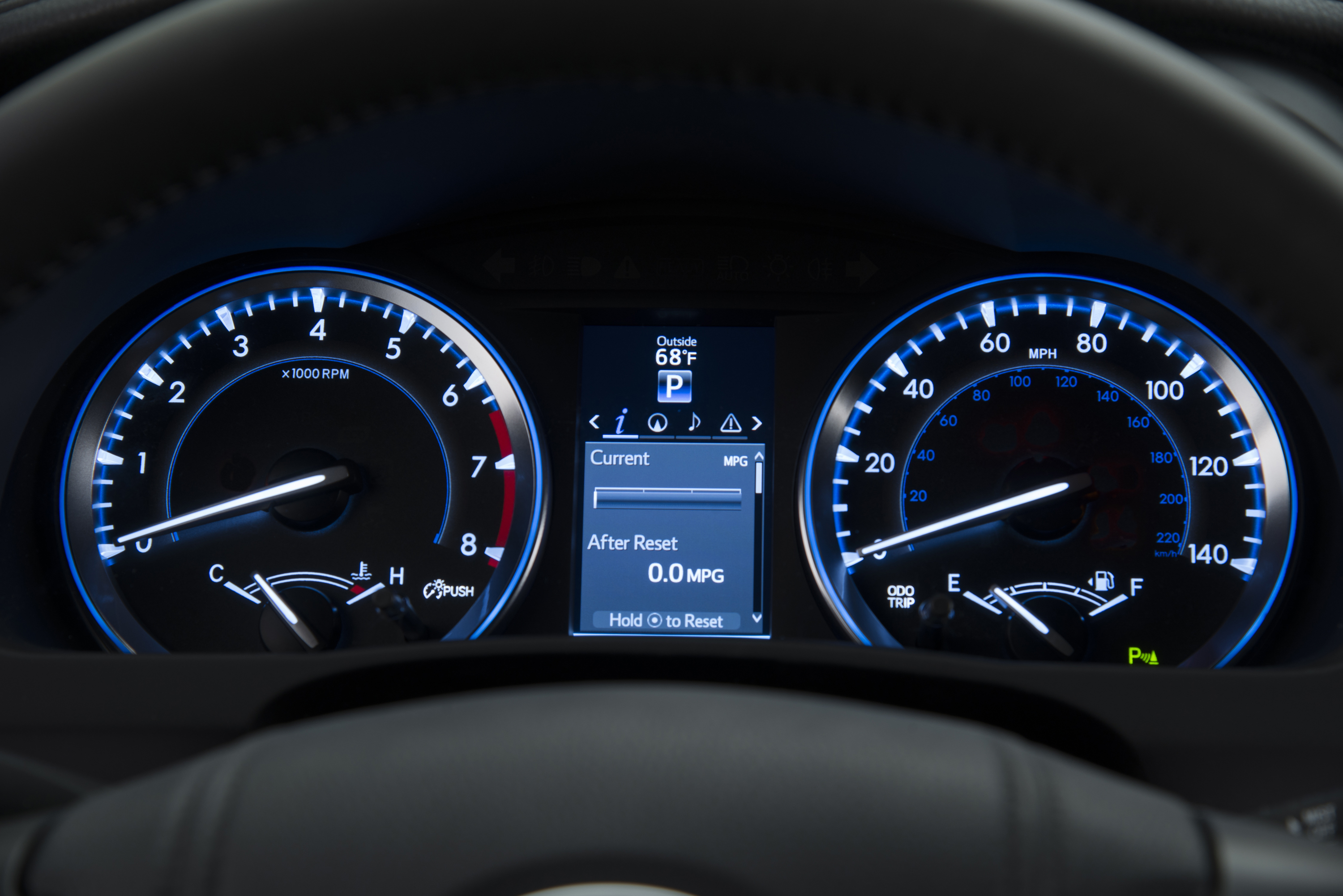 Moving right along, the LE Plus nets you even more goodies, ranging from foglights, adjustable-height power liftgate, and tri-zone automatic climate control, to upgraded leather upholstery, an eight-way power driver seat, and a leather-wrapped steering wheel. For 2016, the LE Plus now sports heated seats, which should make those cold morning commutes a little more bearable. 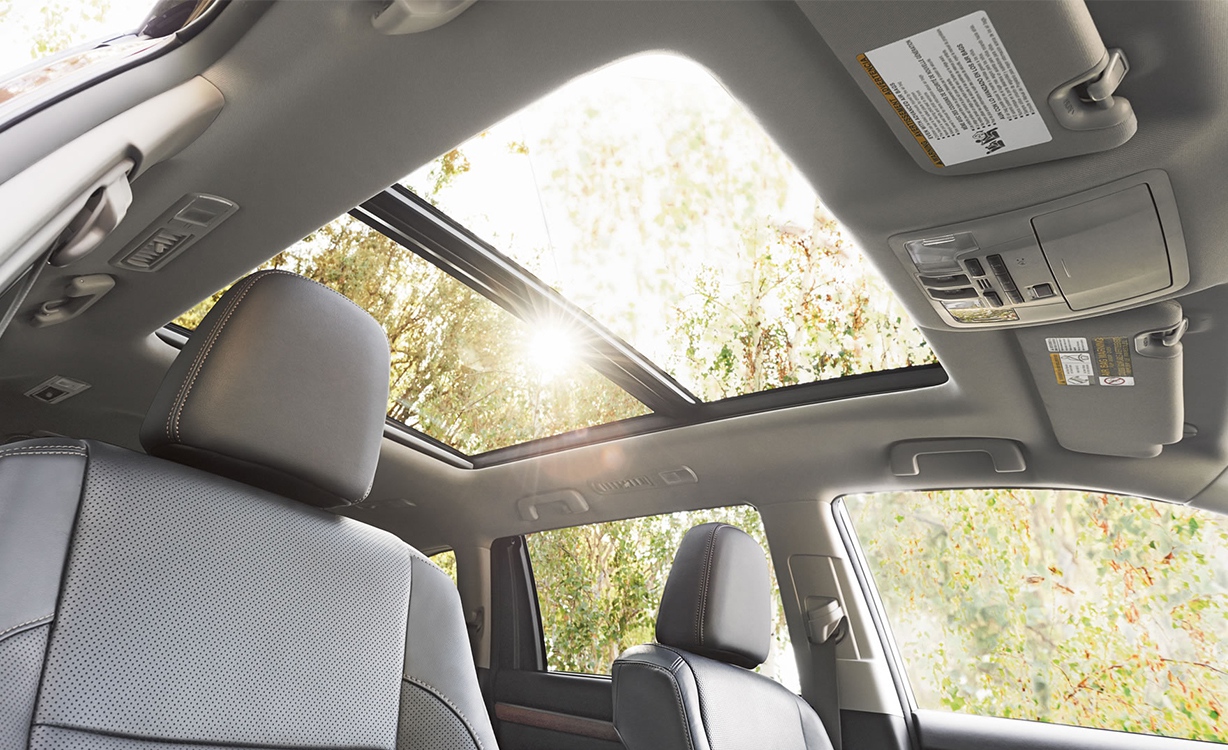 Still, if you crave even more for your Highlander, the XLE trim adds a sunroof, keyless entry/ignition, leather upholstery for both the first and second row seats, and an upgraded driver information display. The XLE also boasts a larger eight-inch central touchscreen that dovetails wonderfully with a navigation system and Toyota’s Entune™ App Suite. 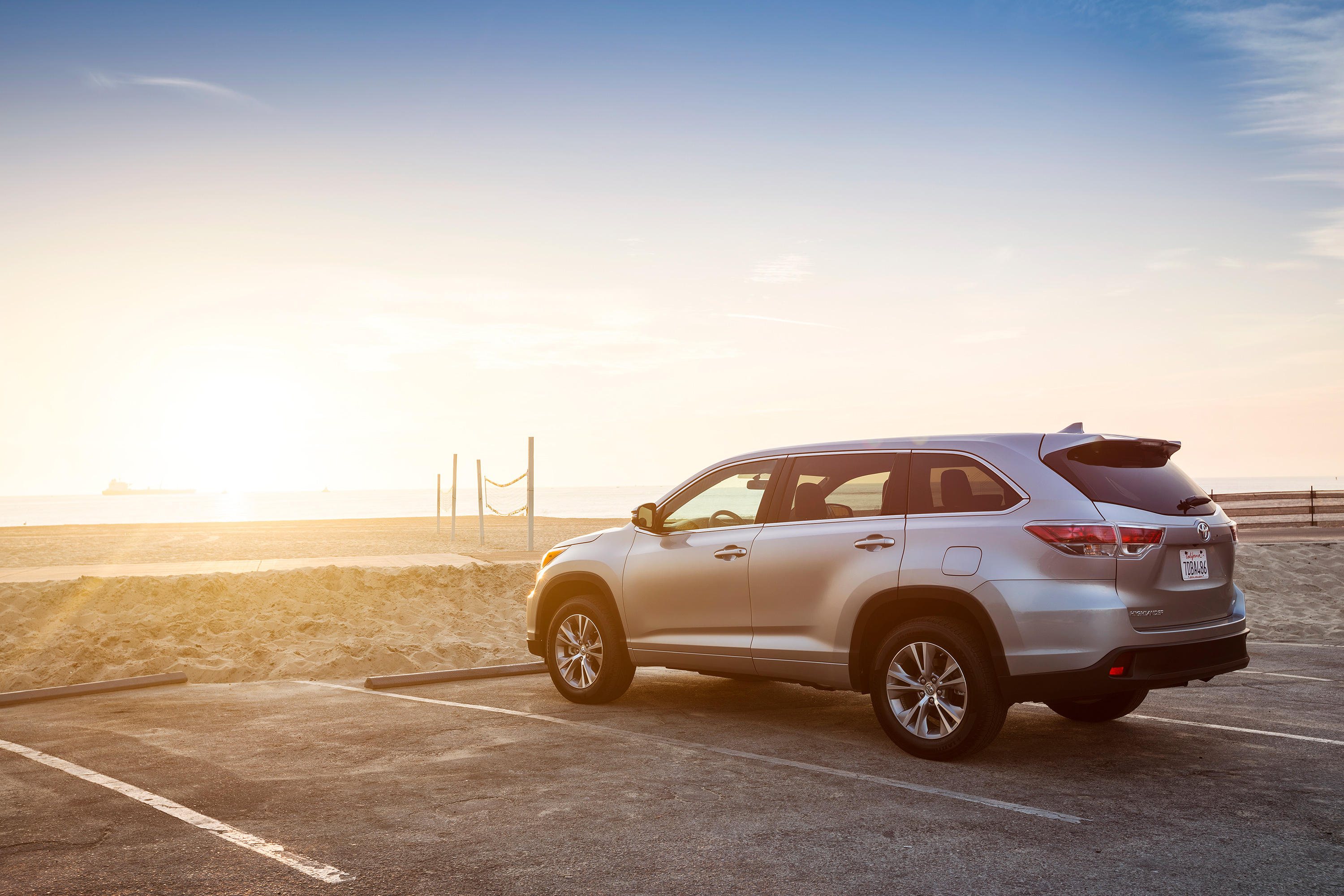 Step inside and it gets even better. Seating is comfortable across the board, with plenty of cushioning to keep drivers and passengers comfortable for miles on end. The centrally-located console, which houses an available eight-inch touchscreen, keeps things sharp and modern. Controls are easy to use and the touchscreen’s responsiveness is top-shelf. 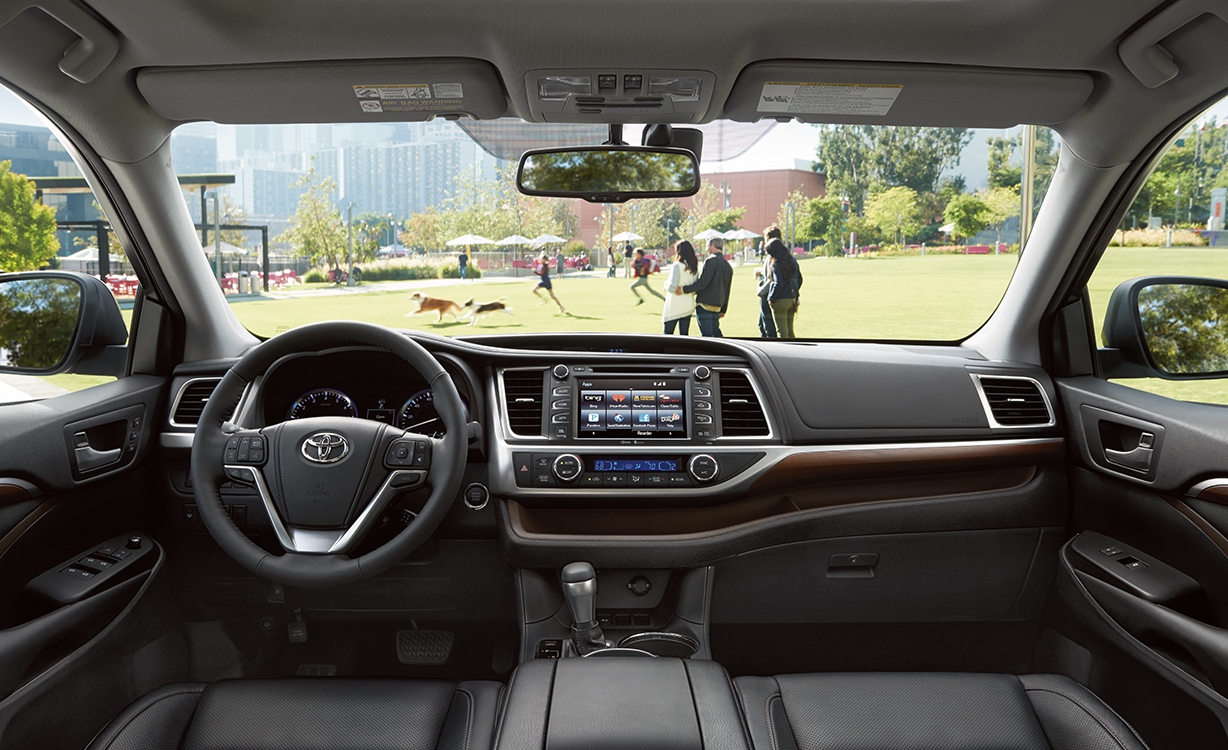 Of course, the lifeblood of a crossover SUV is how much it can stow, and the 2016 Highlander thrives with a number of cubbies and storage compartments ready to gobble up anything your busy life throws at it.  There is even a nifty storage bin under the center console’s armrest that is big enough to fit a large purse. 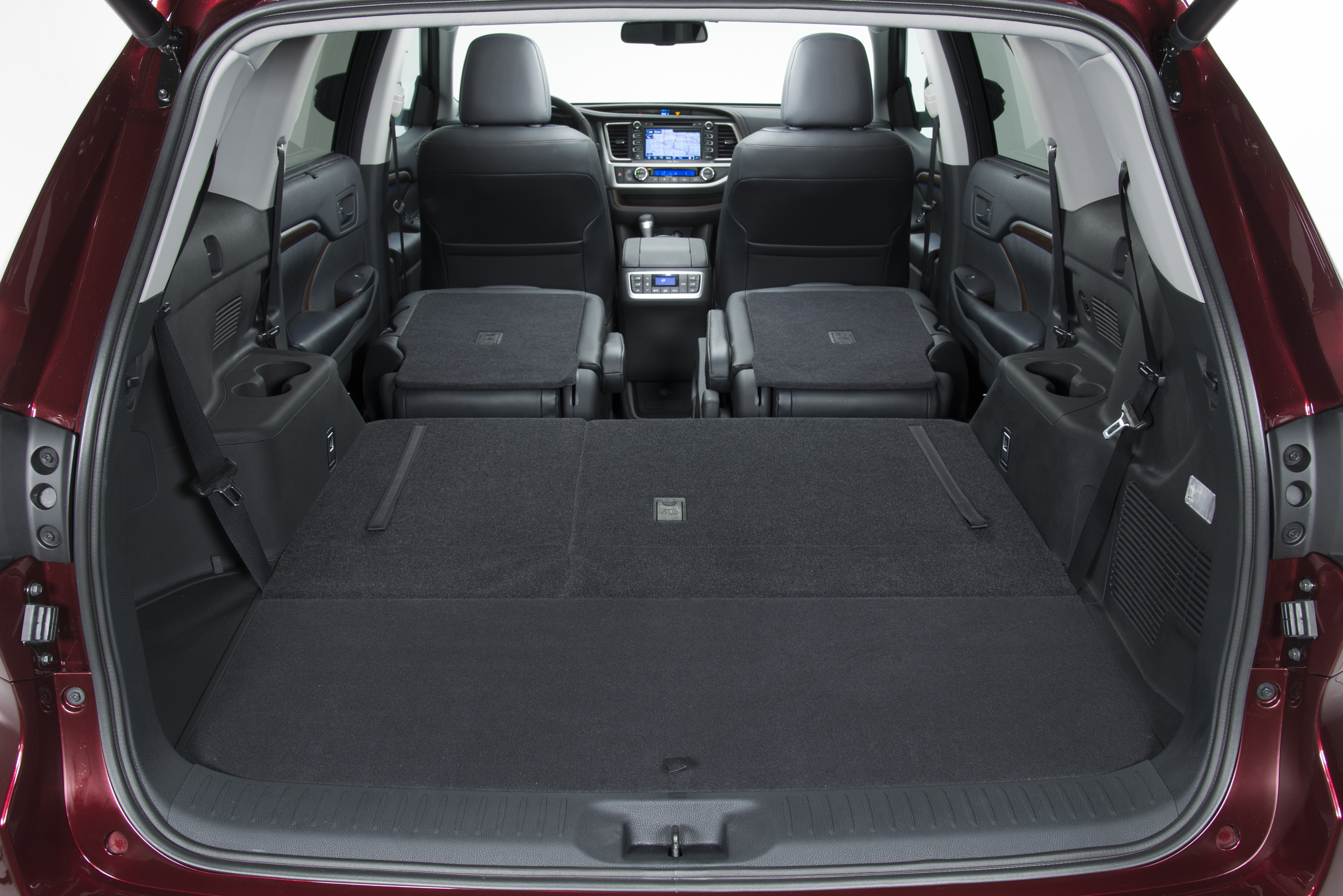 At the back, the Highlander continues to impress with over 83.7 cubic feet of space on hand.

The 2016 Toyota Highlander comes standard with traction and stability control, antilock disc brakes, front seat side airbags, a driver knee airbag, a front passenger seat-cushion airbag and full-length side curtain airbags. A rearview camera is also standard, which makes backing out of driveways and tight parking spaces a snap.

Looking  to make the leap from car to SUV? Maybe you simply want to upgrade from your RAV4? Whatever your reason for seeking out the Toyota Highlander, you won't be disappointed with the 2016 Toyota Highlander.

For more information, or to schedule a test drive, visit or contact us at Wesley Chapel Toyota today.