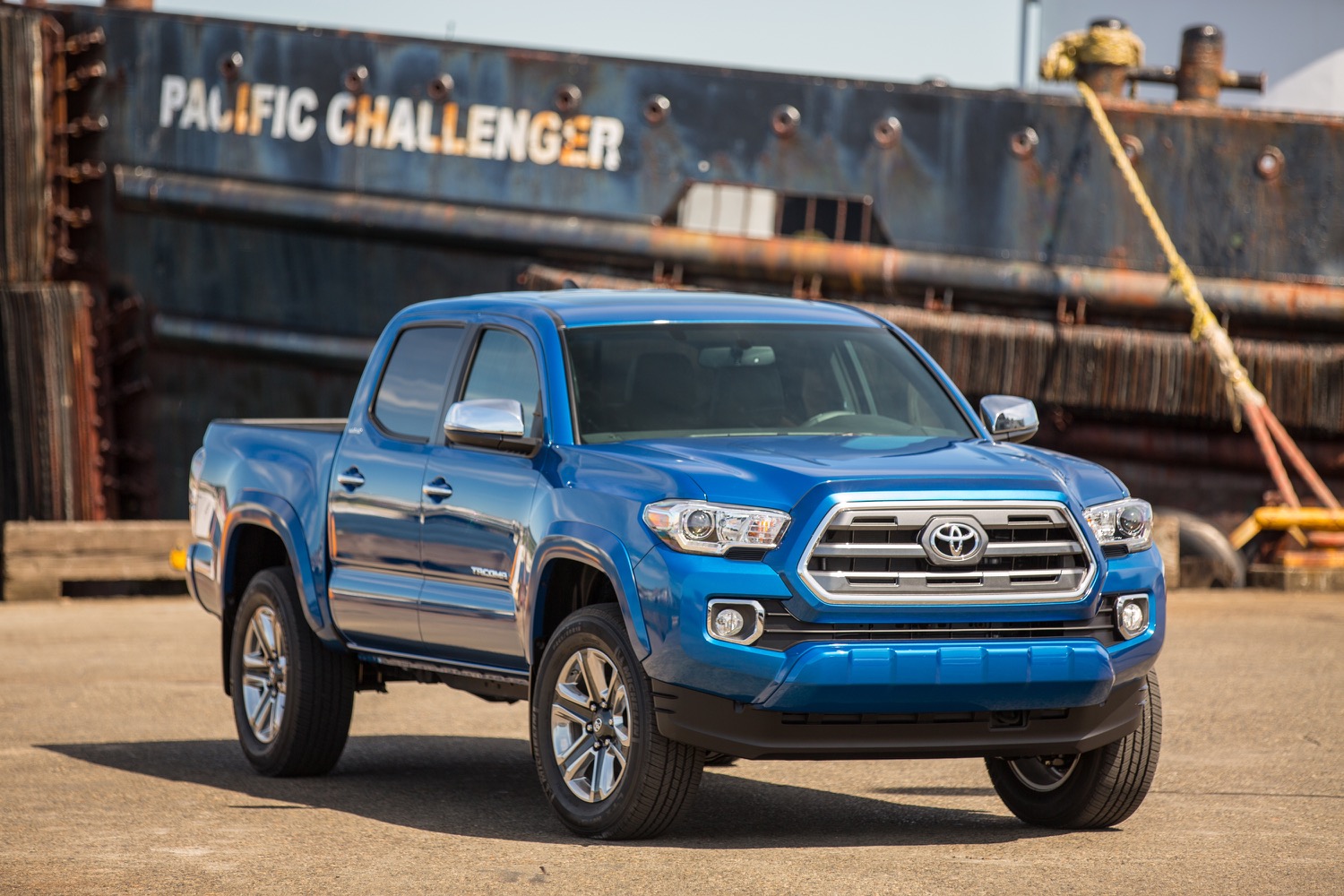 The Tacoma gets its most substantial update in years, with a new V6 engine, transmission, and suspension tuning, greater technology options, and refreshed styling.

The Toyota Tacoma has been a mainstay of the midsize truck segment for decades, but that segment hasn’t received much attention in recent years. With buyers migrating to full-size trucks, the Tacoma hasn’t received substantial updates in some time. That changes for 2016, as the stalwart Toyota gets refreshed from nose to tail, offering a compelling reason to give smaller trucks a second look.

There are two powertrain options to choose from on the 2016 Toyota Tacoma, both of which should prove quite capable whether you use your truck for commuting, hauling gear, or tackling trails. 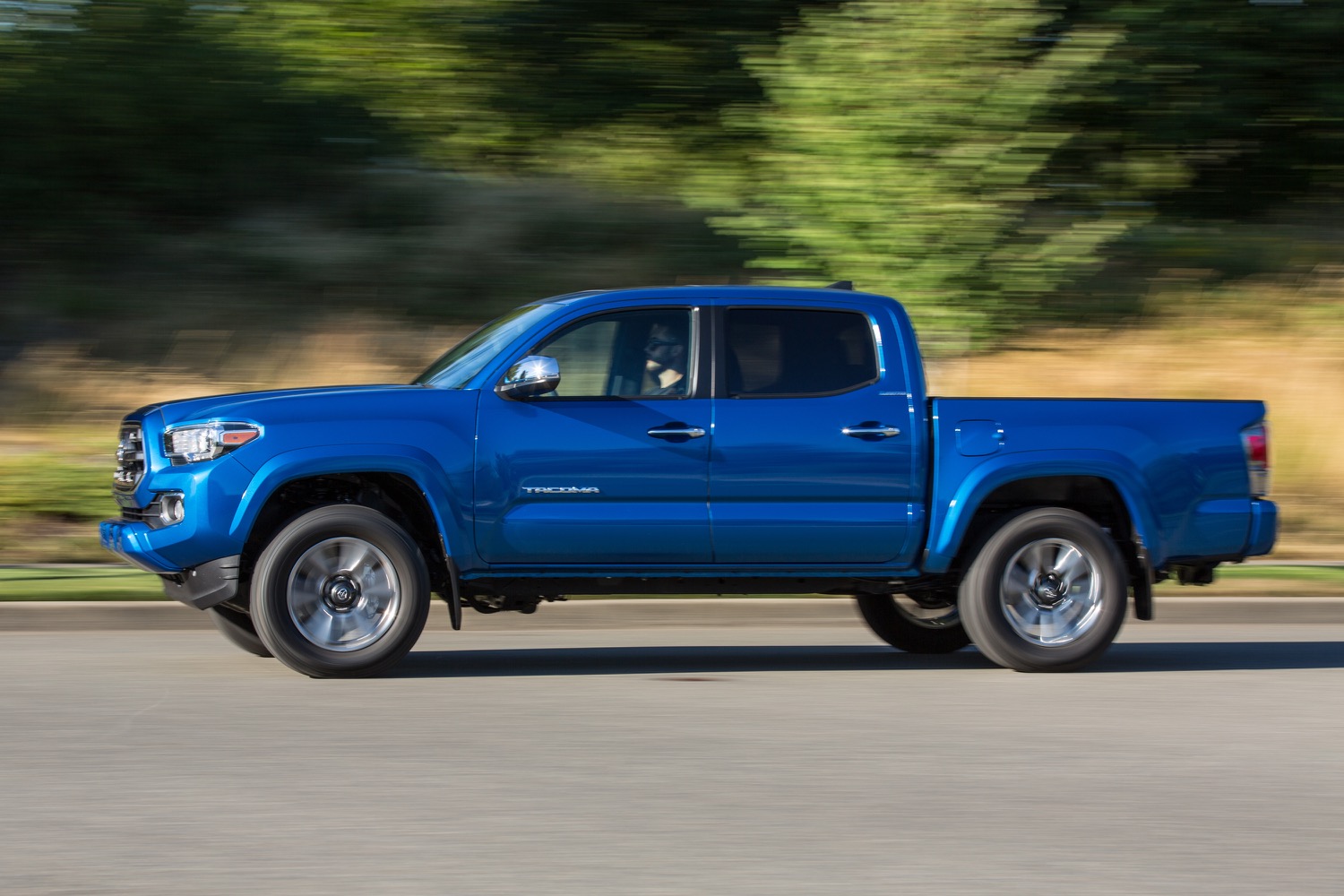 New for 2016 is a 3.5-liter V6, with 278 hp and 265 lb-ft. This engine also features a segment-first use of the Atkinson cycle, in combination with Toyota’s D-4S system, which itself combines direct and port injection. Both features help improve efficiency.

The Tacoma also offers legitimate off-road performance, with available features like a limited-slip differential, performance-tuned suspension, Hill Start Assist Control, Crawl Control, and the Multi-Terrain Select system, which adjusts different parameters depending on the terrain. When properly equipped, the V6 Tacoma can also tow up to 6,800 pounds. 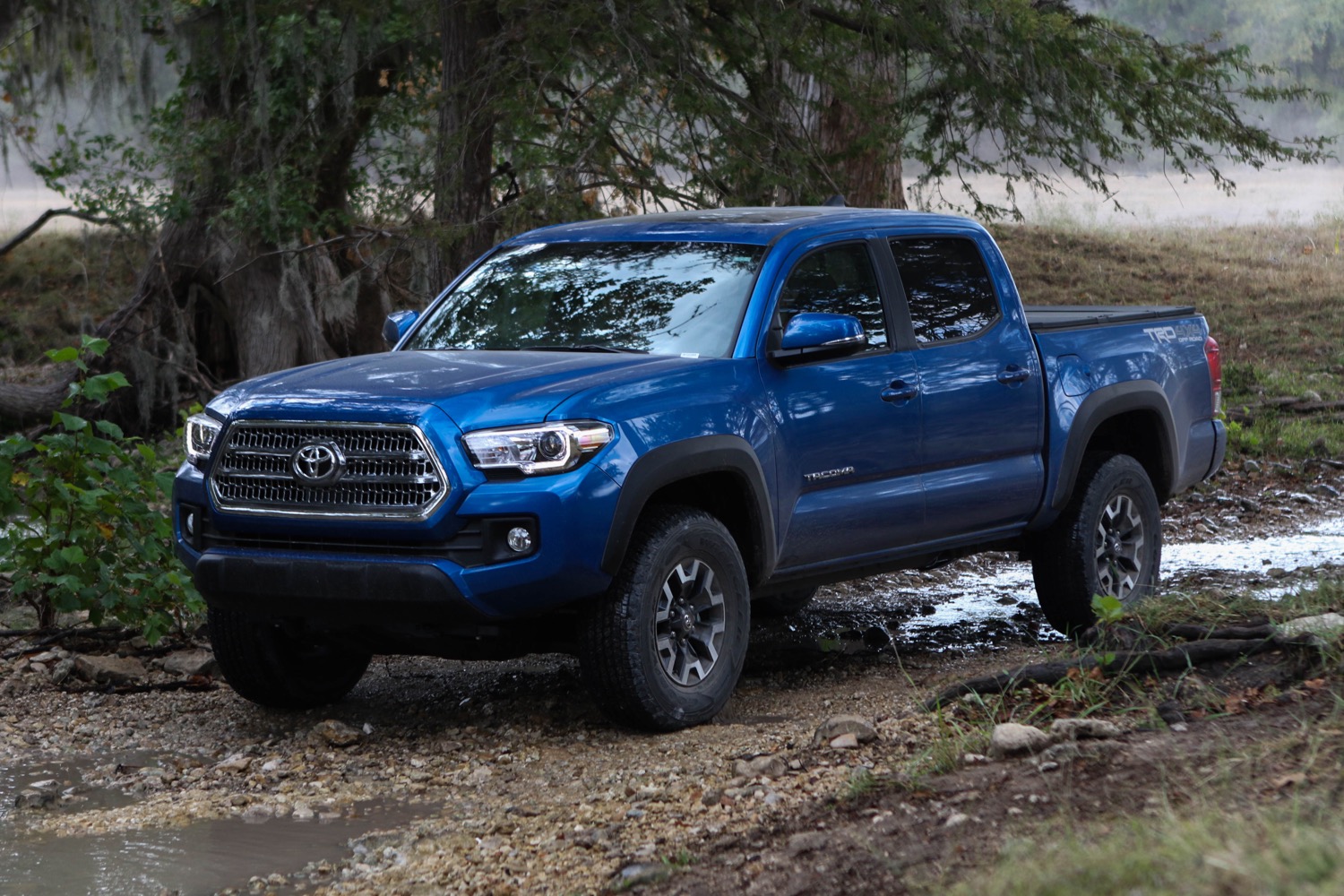 Upgrading to the SR5 nets all of the standard features from the SR, plus fog lights, a 4.2-inch multi-information display, leather-trimmed steering wheel with audio and Bluetooth® controls, and other features.

The TRD Sport model incorporates all of the applicable standard features from the SR and SR5, along with LED daytime running lights, a 120-volt deck-mounted AC power outlet, 17-inch alloy wheels, Qi wireless phone charging, leather-trimmed shift lever, auto-dimming rearview mirror with compass, and sport-tuned shocks. The TRD Off-Road builds on the TRD Sport’s capabilities with an off-road tuned suspension with Bilstein shocks, and other features.

The 2016 Toyota Tacoma advertises its capabilities with a rugged exterior. Up front, there’s a bold grille and taller hood that give the Tacoma an in-your-face visage. The chiseled look of the front end is matched by the boxy wheel arches, and highlighted by available LED daytime running lights. At the back, there’s a new locking tailgate with integrated spoiler and a stamped “Tacoma” logo. 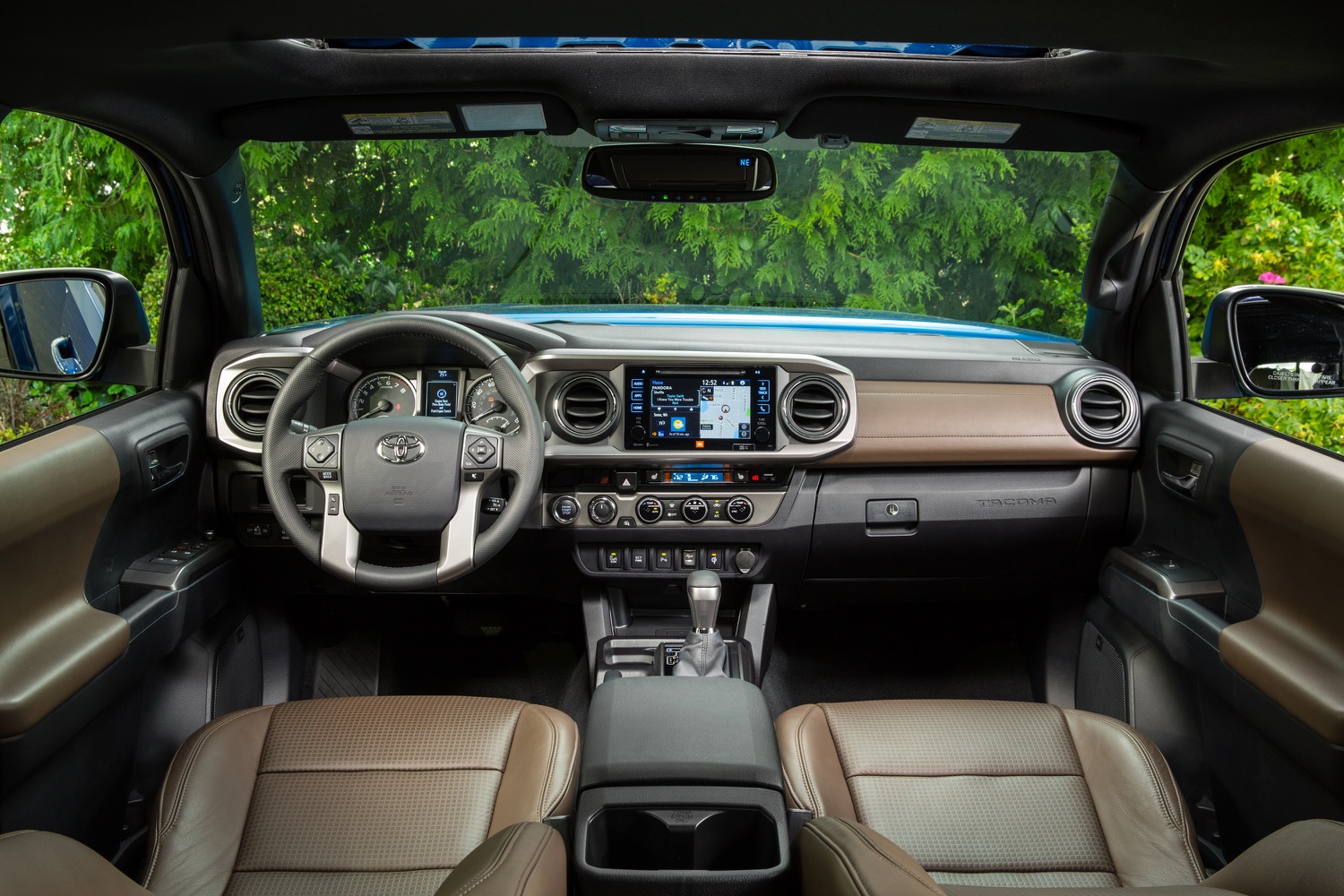 Like any Toyota, the Tacoma’s interior is durable enough to take years of abuse. But this isn’t just a Spartan work truck. The redesigned interior is just as inviting as any car’s, thanks to features like soft-touch trim, metallic accents, and a new 6.1-inch central display screen. There’s also a long list of optional convenience features, including Qi wireless phone charging, dual-zone automatic climate control, and a supplementary 4.2-inch multi-information display.

The 2016 Toyota Tacoma offers all of the capability you’ll ever need from a truck, in an efficient and easy-to-use package.

Experience all the 2016 Toyota Tacoma has to offer by contacting or visiting us at Wesley Chapel Toyota today.